7,000 Recapture the Wartime Spirit: A Message from their Old Chief from Abroad

The Royal Albert Hall, London, was packed to capacity on the evening of March 12th, the occasion of the first Bomber Command Reunion. Men and women, some still in the Service but the majority demobilised, came from all parts of the country with the purpose in view of meeting old friends and recapturing for a few hours the wartime spirit which all remember so well.  In general, the Reunion must be judged a success, and the organisers and those who supported them are to be congratulated on a well-planned function. Everyone goes to such a Reunion with such high hopes that for some there is bound to be a slight let-down. However, once the organized part of the programme was over, tremendous activity ensued as everyone endeavoured, by reference to the Group Signposts, to find ‘ members of their squadrons. Apparently many succeeded, for in no time the well-known individual squadron calls were set up – “Not 95, not 96, not 97, not 98, but NINETY-NINE!”
An overture played by the organist opened the evening, to be followed at 7.15 p.m. with Part I of the stage show, which included the Squadronnaires, led by Jimmy Miller.

At 8 o’clock the programme was interrupted while the BBC treated their listeners to 30 minutes of what they, or somebody else, thought a Bomber Command Reunion ought to sound like.  As a prelude. Air Marshal Sir A. B. Ellwood gave Radio Telegraph orders for a Lincoln Bomber to take off from Wyton for a flight over London, and the Captain of the aircraft later passed a message of greeting to the Reunion while flying overhead at 8,0ooft; While WAAF controllers at Wyton, and the Pilot, were heard clearly over the loudspeakers. 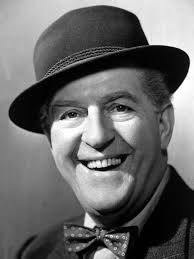 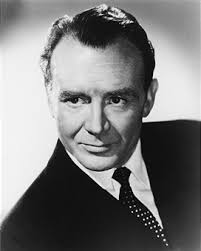 During the Broadcast, the Master of Ceremonies was John Mills. Stanley Holloway, led some community singing, but apparently most of the Squadrons had been stood down, except for Operation “Bless ‘Em All“; seldom have 7,000 Bomber Boys and Girls made less noise.  Anne Shelton returned to sing some popular songs, and Anne Ziegler and Webster Booth entertained.  (Later the somewhat stuffy Duo claimed the  Audience were a rowdy and inattentive lot – probably enthusiastically drunk!)  “Two-Ton” Tessie O’Shea enjoyed the best reception of the evening’s entertainment before the Central Band of the RAF and an RAF Chorus concluded Part II and the interlude “on the air.”

Air Marshal Sir Robert Saundby opened Part III of the programme by introducing the Chief of Air Staff, Marshal of the RAF Lord Tedder.  While he did this the shouts from all sides of “We Want Butch!” reached a crescendo, and, in answer to an unrehearsed call from the “gods” Air Marshal Saundby joined in 3 cheers for Air Marshal Harris. Sir Robert read a cable from South Africa in which the ex-C.-in-C, signing himself “Bert,” said:-
“The the men and women of Bomber Command, 1941-45 – My regards to the chairborne bombers whose work made the bomber offensive possible. My greetings to the ground staffs who kept ’em flying regardless of the miseries of wet and winter. My salaams to the instructors who kept their necks stuck out to lessen odds on other necks.” But, above all, my admrration to these too few survivors of our devoted air crews who knocked the enemy flat on land and sea, and out of the air – and whose sons, if need be, will knock him yet flatter, after the long-haired gentry get through picking him up, dusting him off and kissing him better – yet once again.  – Happy landings, even if the wheels are up.”

Lord Tedder was greeted enthusiastically, and during a brief speech gave back as much as he received in the way of good-natured heckling.  He said that Britain’s Defence needed a “strong left” and that strong left was Bomber Command. He also repeated some of his remarks made the previous evening at the Pathfinder Association Dinner regarding the need for good men to go back into the Air Force, though unavoidable disappointment might greet older applicants.

2nd Bomber Command Night – 7.30pm Friday 19th May 1950
The Central Band of the RAF conducted by W/C A E Sims, struck up a march.  The lights Dimmed, and spotlights were focused on the Wings of the Stage.  From each side in Formation marched Airforce contingents from Britain, Australia, Canada, New Zealand and South Africa.  There was a burst of cheering which was renewed when a WRAF contingent marched smartly down the centre Aisle in the Arena to form a long line of blue at the foot of the Stage.  There came a shattering notes of a Trumpet Fanfare.  As the Spotlight picked out a Large Bomber Command Crest at the back of the Stage:  Bomber Harris’s recorded voice began to speak:-
I am sorry indeed not to be with you tonight, but I am glad to hear that this reunion is now likely to become an annual event and that, therefore, further opportunities may arise.  Don’t think that I have forgotten you or that I will ever forget all that you have accomplished or the awful conditions under which you achieved so much.  Others may forget but I will not.  Let us also particularly remember on these occasions all of those Bomber Command who are not here tonight, because, in the face of the fearful odds which they faced and with such high courage, they failed to return from the other side – their only failure in Bomber Command.  For long years you and you alone, carried the War to the Enemy when all otherwise seemed lost.  You thrust him on the defensive; you deprived his Armies of their vital Air Support, you erased his War Industries; you rubbed out his Fleets; you annihilated Merchant Marine and you reduced, near to Ribaldry, the much vaunted and potentially terrible threat of his Secret Weapons.
Every Brick – Fair Exchange
You enormously lessened the tasks of our Armies, you directly saved lives of at least a Million Soldiers at the cost, far too often, of your own.  you finally rendered the enemy incapable of all movement, except retreat or rout on every Front.  After saying they had shortened the War by at least a year.  – as you know some of the long-haired Gentry placed the destruction of bricks and morter – and German bricks and mortar at that – at a higher premium than the million or more lives of Allied Soldiers and of occupants of Concentration Camps – which lives you saved by shortening the War and smoothing the paths of the armies.
I myself – and I am sure that all of you – would willingly have seen every brick in Germany ground to rubble as a fair exchange for the life of one Allied Soldier, or one occupant of Belsen, or one Slave Labourer, or one Underground Resister in Occupied Territory.
Let the long haired Gentry put that in their pipes and smoke it……….
Enjoy yourselves this evening with glad hearts, a clear conscience and the knowledge of Duty indeed well done.
Good night to you all, happy landings and until I see you again – Goodbye.

The rest of the evening swung into a programme of entertainment in which took part Lizbeth Webb (singer/actress), Ralph Reader (Gang Show), Ravis & Renee, the Seven Volants (Actrobats), Campbell Brothers & Christine, the Windmill Girls, the Squadronaires, the Band of the RAF (by permission of the Air Council) and a RAF Chorus from Uxbridge.  Leslie Mitchell was the Compere 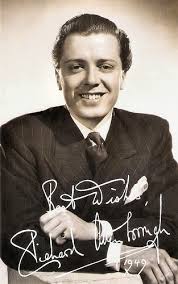 During the WW2, Richard Attenborough served in the RAF. After initial Pilot Training he was seconded to the newly formed RAF Film Unit at Pinewood Studios, under the Command of Flight Lieutenant John Boulting

Richard Attenborough’s debut at the Albert Hall came on 19 September 1945 in Per Ardua Ad Astra – A Pageant of the Royal Air Force, a musical and dramatic spectacular which ran on consecutive nights. The show featured RAF bands and orchestras, alongside music hall performers, actors and broadcasters, with the actor billed as Sgt Richard Attenborough in the programme.  He was back at the Hall for 2 shows in September 1947, shortly before the release of Brighton Rock, which featured his star-making turn as Graham Greene’s sadistic gangster, Pinkie. The Royal Air Force Association – Festival of Reunion, which raised money for RAF charities, also featured his frequent co-star John Mills, while the All-Star Variety Concert included Attenborough’s wife, Sheila Sim, amongst the performers.  Throughout the ’40s and ’50s he appeared in Charity Shows: these were often related to the RAF, though he also took part in a 1954 event for International Flood Relief, narrating a piece by the 751st Band of The United States Air Force. Other performers included comedian Frankie Howerd, actress Hermione Gingold and presenter Bernard Braden.